“Animal Crossing: New Horizons” Is Definitely Worth Your Time 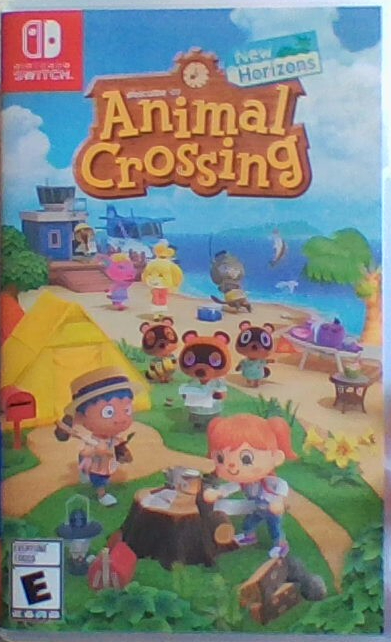 The front of the case that holds "Animal Crossing: New Horizons" shows just some of the many colorful and diverse characters featured in the game.

Ever since “Animal Crossing: New Horizons” launched for the Nintendo Switch in March, the game became a popular way for people to escape the stresses of the pandemic with features that make it feel just like a home away from home. But is it even worth playing? Yes, yes it is.

Right off the bat, I give this game five out of five paws. The characters are nearly lifelike, the tasks are rewarding and nearly everything in the game is customizable. In short, the game is definitely worth a try.

The newest game in the “Animal Crossing” franchise took the world by storm during a time when we arguably needed it most, including elements such as being able to talk with non-player character neighbors, crafting elements and furniture, full customization of the player’s house and doing small tasks that get big results.

After about eight months of playing this game, I still find it hard not to log on and collect my daily Nook Miles, the newly introduced in-game digital currency, and selling items to collect bells, the original in-game currency that’s still used to pay for most items.

The game starts with the player’s character in an airport being welcomed by little raccoons named Timmy and Tommy before prompting the character to select their starting appearance. That’s when the fun begins.

The player’s entire island is customizable. The. Whole. Thing.

My sister and I have actually made great progress on the looks of our own island, affectionately named Hunnybun. Though we still have a ways to go when it comes to designing our island, we both really enjoy the game.

The game also includes likable characters, some more than others, who take the form of anthropomorphic animals of all kinds and colors. Right now, my favorite islanders are Patty, Genji, and Raddle, who are a cow, a rabbit, and a frog, respectively.

They tend to do things such as talking to each other, sitting in the grass, exercising, and other actions that tend to make them feel like real people. My islanders even recently threw me a birthday party!

Even if you can’t go out and see your human friends without wearing masks and staying six feet apart, you’re safe to meet your furry friends on your own little island. So, go play it already!