National Honors Society Raises Over $3,400 for The Muscular Dystrophy Association 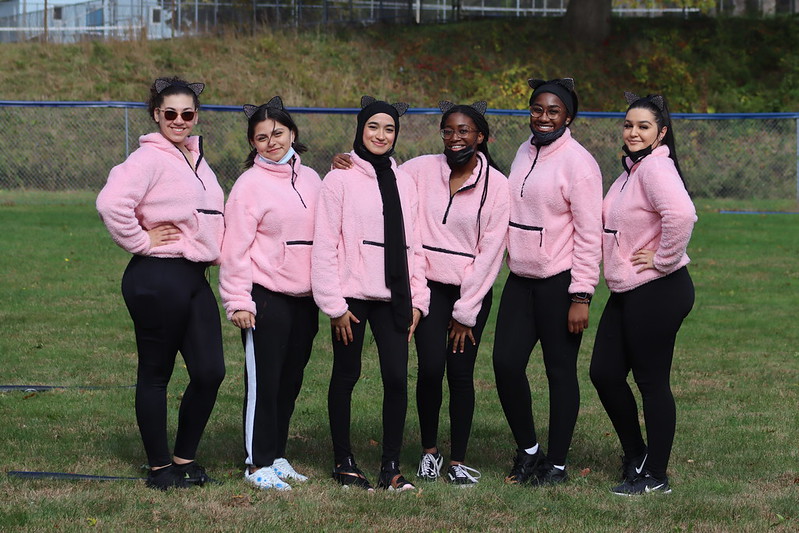 Members of the National Honors Society fundraised well over $3,400 last month for the Muscular Dystrophy Association.

At the end of the fundraiser, a field day was organized at Painter Park as a celebration for those who raised money. Teams dressed in matching outfits, with some including hoodies, tutus, and even jail-inmate costumes, while competing in activities including tug-of-war, three-legged race, relay race, and an egg toss.

Chrystal Fanelli, advisor of the Honors Society, said the event was a great success.

“Everyone seemed really excited to be involved and had a great time,” she said. “Many of the teams went above and beyond and raised more than the minimum requirement of $30 per person. We ended up raising over $3400 for a great cause and had a lot of fun!”

The West Haven chapter of the National Honors Society has been hosting the annual MDA fundraiser since the 1990s. NHS members are in charge of organizing their groups, consisting of one student as captain, and others not already involved in the society as members.

This year, there were about 96 participants, each tasked to raise $30. In prior years, students were required to raise $50 each, however with challenges caused by the pandemic, the amount was lowered. Though expectations were set low, students managed to surpass the expected $3,000.

After the field day, students ended their celebration with a pizza party.