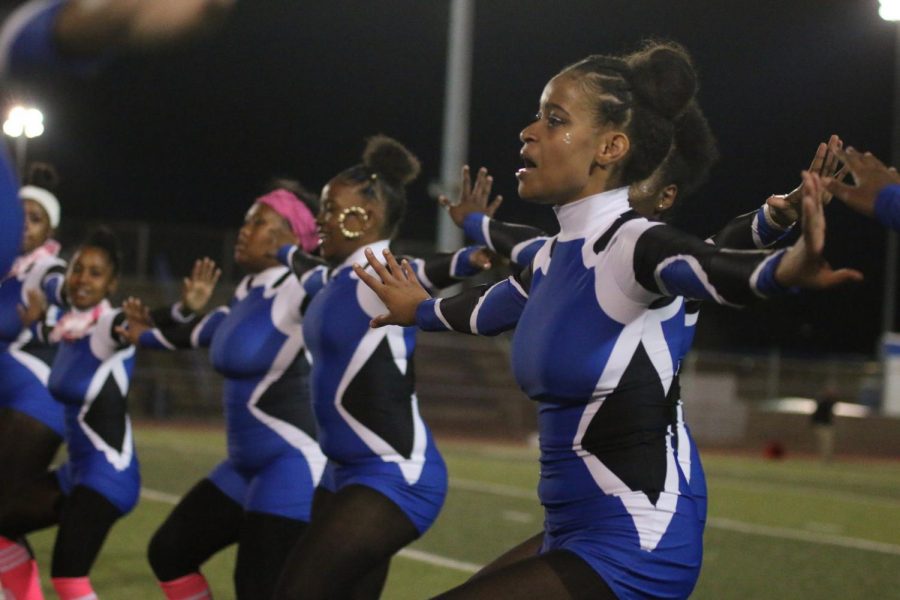 The Major-Steppers performing during a football half time.

The Majorettes and the West Steppers have joined forces this year to become one big, powerful team.

The Major-Steppers is a team of 21 students. They practice four days a week, doing cardio workouts and strengthening exercises, like squats, jumping jacks, planks and sit-ups.

Major-Steppers perform at football half time, both boys and girls basketball games, and at other events. The team will be in a competition in February.

Sophomore Melanny Ramos said she likes performing for all different kinds of crowds.

“It builds your confidence each time you perform and you get better and better,” she said.

Coach Yvonne Daniels schedules the performances ahead of time because it is very hard to get spots during those times because of other teams performing.

Ms.Daniels is a single mother of two lovely boys and is a very busy person. She is an algebra teacher here at WHHS, a coach to the Major-Steppers, and The OG West Steppers, which is our school’s teacher step team.

Ms.Daniels originally coached the Majorettes alone before the former West Steppers coach left. At that point, Ms. Daniels decided to take over both teams.

Ms.Daniels felt that it would be rather hard to try to coach all three teams apart from each other. So she decided to make the step team and majorette team one big, happy family.

“Our team is strengthened by the blend of cultures, sharing through dance and rhythmic step,” Ms. Daniels said.

Aquell McKay-Henderson is a junior at West Haven High and decided to give Major-Steppers a try.

“The team is a unique and creative group of girls, that’ll make it far, and I am proud to be a member of the team and being the only boy,” McKay-Henderson said.